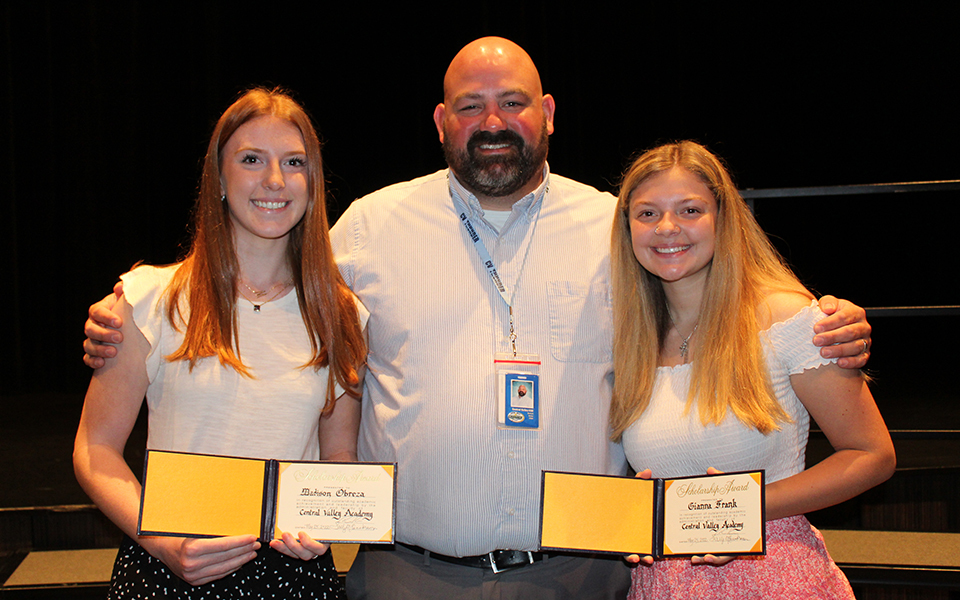 Meet the Class of 22 Valedictorian and Salutatorian

Central Valley Academy announced the valedictorian and salutatorian for CVA's Class of 2022 during a school assembly on Wednesday, May 25.

She was an active member of National Honor Society, Student Council, Ecology Club, and Math Club. As an athlete, she was a big part of the Varsity Soccer, Basketball, Softball and Unified Bowling teams

She will attend Pennsylvania State University in the fall, enrolled in the Accelerated Pre-Medical Medical Program. She will attend three years at Penn State and four years at Sidney Kimmel Medical College.

Madison is the daughter of Kim and Matthew Obreza of Mohawk.

Gianna Frank is CVA’s Class of 2022 salutatorian. Gianna maintained outstanding grades while taking the most demanding course load at CVA. She participated in the school's Advanced Career Immersion Experience her senior year to help with her post-secondary academic and career goals. In addition, she was awarded the Bausch & Lomb Honorary Science Award, the Alfred University ‘Outside of Ordinary’ Award, and the Bonnie Scholar and Reilly Scholar Awards in her junior year.

Outside the classroom, she is a member of National Honor Society, Student Council, Ecology Club, and Math Club. She also is a valued member of the Varsity Soccer, Indoor Track, and Track & Field teams.

She will attend Syracuse University in the fall where she will major in Neuroscience and Biology.

She is the daughter of Patricia Frank of Frankfort, and Richard Frank of Mohawk.