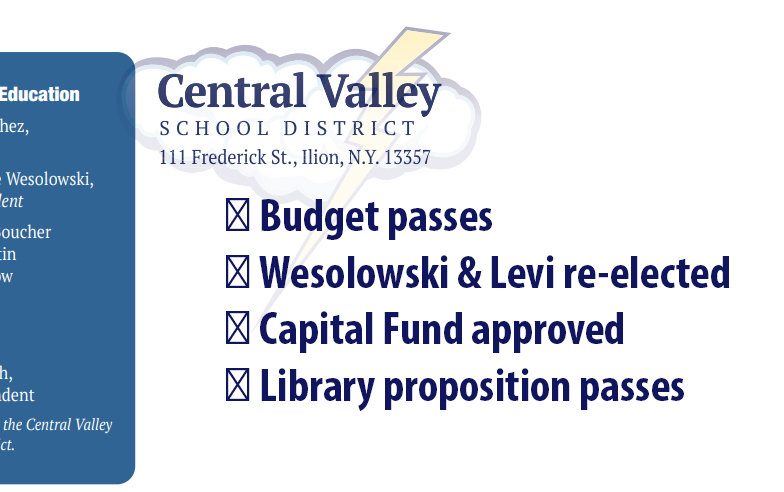 Central Valley School District voters went to polls on Tuesday, May 18 and approved the district’s proposed 2021-22 school budget by a margin of 401 yes — 71 no. The budget passed with 85 percent in favor. Voters also re-elected incumbents Marguerite Wesolowski and Jonah Levi to three-year terms to the board of education. They both ran unopposed.

The final count was:

Voters also elected Marguerite Wesolowski and Jonah Levi to the Board of Education. The final count for each candidate was:

Voter approved a proposition to establish a $5-million capital reserve fund. The final count was:

Voters approved a proposition to support the Ilion Free Public Library. The final count was:

"We would like to thank our community members for their support," Superintendent Jeremy Rich.

"Central Valley partners with parents, grandparents, guardians, and the many people who quietly mentor our children. Together,  we are building up the next generation to take their part as citizens and leaders. I am proud to live in a community that embraces that belief and responsibility."