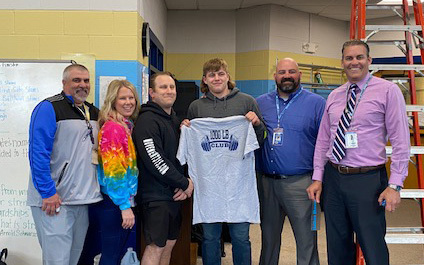 In April, CVA junior Nate Shaver became a member of the school's elite 1000-lb. Club.  He lifted a combined 1020 pounds— a deadlift of 405 lbs., a squat  of 375 lbs., and a bench press of 240 lbs. To put his accomplishment in perspective, he is  just the second CVA student to reach that goal.

A member of the varsity football and track teams, he started working out on his own with moderate success. Then last fall he reached out to Justin Hoffman. Central Valley contracts with Mr. Hoffman and his company Movement Strength & Fitness to provide CVA students with strength and health training in the fitness center during and after school. He works with all students, whether or not they are athletes.

For Nate, it was a smart move.

"I started training at the beginning of sophomore year, but became more serious when I met Mr. Hoffman. In November, he said I could get there in three months, and it took me four months," said Nate.

The journey was not always a smooth one.

He could take pride when Superintendent Jeremy Rich added Nate's name to a banner that hangs in the fitness center.

He also offered this advice to students who want to start lifting or want to reach a specific goal, "You need consistency, dedication, devotion, and love to keep going. Don't worry about what other people think or are doing."

The fitness center is open during lunches and study halls for students who are passing all of their classes. It is open to all students after school. 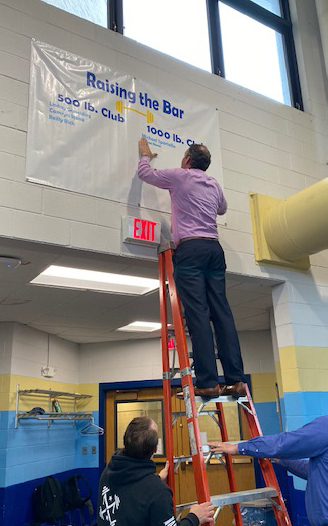