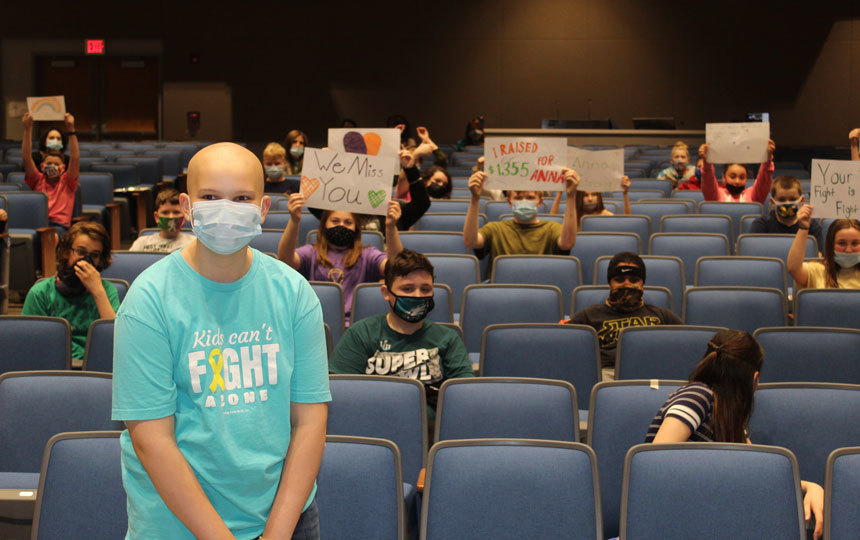 On Tuesday, Apr. 13, Jarvis sixth graders gathered in the auditorium to present their classmate Anna Labella with $4,627.05 to aid in her battle against cancer. Grades 5 and 6 raised the money through a math-a-thon.

The auditorium was dotted socially distanced students, many holding handmade signs showing their love and support. Sixth grade math teacher Jody Balash served as emcee, explaining the origin of the fundraiser and its success before announcing the total amount raised.

The effort was not wasted. Anna's eyes sparkled from behind her mask as she reunited with classmates and teachers for the first time in a long time. She is currently a virtual student, learning from home to avoid possible COVID exposure as she combats Ewing Sarcoma, a type of bone cancer.

Anna's mom Jessica and dad Rob joined her for the presentation. Jessica is an aide at Barringer Road. 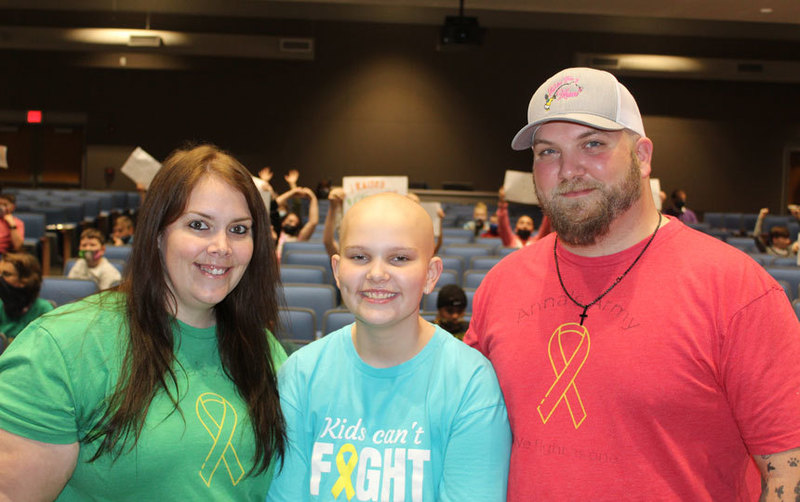 A math-a-thon is a fundraiser that builds math skills and teaches students the importance of helping others. Friends and family members pledge to give an amount of money for each math problem a student completes.  For the last several years, Jarvis' math department has held a math-a-thon to support St. Jude Children's Research Hospital. When cancer struck close to home, they decided to use the fundraiser to support the Labellas.

"However, the week before the math-a-thon was set to begin, COVID closed our doors, and we weren’t able to help as we had planned.  Therefore, when we heard the news that Anna’s cancer was back, there was no question that we would once again focus on the LaBella family…. part of our Central Valley Family."

Afterward, Rob said that he had been down on New York State and had considered moving his family to a southern state. That changed when his family experienced the outpouring of support throughout Anna's illness. He is now firmly committed to the Valley with no plans to leave a place filled with such caring people.